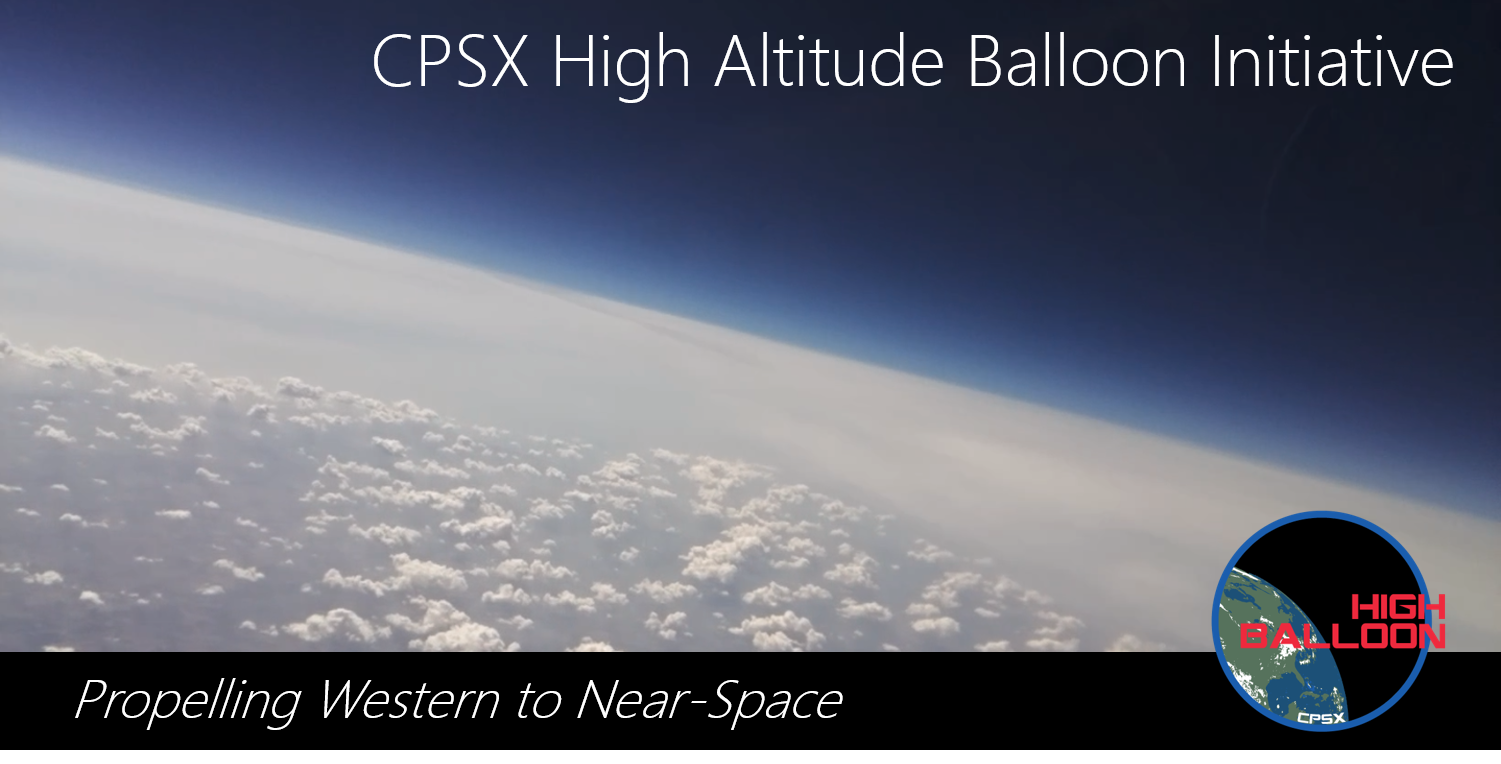 Our launches are projected to occur annually with payloads that can be leveraged for use in multiple science experiments. Each year the science team will design new experiments that will either build off results from the previous launch or exist as a standalone experiment. Novel experiment designs will require a strong team of engineers to assemble the payload and develop unique engineering solutions tailored to each experiment.

The HAB Initiative provides excellent opportunities for STEM outreach. Currently, we are accepting high school volunteers to shadow the engineering, science or logistics teams in order to gain experience with experiment design, execution and documentation. We are active on Twitter at #WesternUHAB and continuing to develop our outreach program.

So, if you’re a senior undergraduate student or a graduate student, and you’re interested in sending Western science and engineering near space, then consider joining our team of exceptional explorers. We are always open to input for science experiments, engineering solutions and outreach initiatives. Reach out to this year’s executive team to learn more!

Western Space's 2019 high altitude balloon team is collaborating with the Students for the Exploration and Development of Space (SEDS)-Canada and the Canadian Space Agency (CSA) to sample microbial aerosols via stratospheric balloon. The experiment payload will be supplied by the Western Space team, the housing for the payload will be supplied through SEDS-Canada and the balloon and gondola will be supplied by the CSA as part of their Stratos program. SEDS-Canada has arranged to reserve two spaces on the CSA’s gondola, one of which has been granted to the Western Space team for this year’s launch. Our team is designing an experiment to study the varying character and population of microbial aerosols with altitude.

We are applying a proven design concept from Bryan et al. (2014) who sampled microbial aerosols in the atmosphere using a minimal payload flown with a sounding balloon. The threshold goal of Western Space's HAB project is to adapt the design of Bryan et al. (2014) for integration into a stratospheric balloon’s gondola and sample bioaerosols at three or more points during the balloon’s initial ascent phase. Our extended goal is to sample the atmosphere at 5 or more additional points during the ascent and extended level flight.

The stratospheric balloon will be launched from Timmins, Ontario in August 2019 and travel to an altitude of approximately 34 km. During the 12-hour flight, the Western Space HAB team’s payload, housed in a ventilated pelican case on-board the gondola, autonomously samples air flowing through the payload by activating actuators at pre-set altitudes. The release of the actuator exposes banks of 20 Rotorods ® held inside protected chambers, which then collect bioaerosols by impaction. The chambers remain open for 2 km, whereupon the actuator will reset the chamber to the closed position. Six samples are taken during the ascent phase of the flight and a seventh sample is taken at the ceiling altitude of 34 km, which remains open for the duration of level flight. The vents on the pelican case are sealed prior to the descent phase, and upon recovery the payload is frozen as soon as possible to preserve the samples. The samples are brought to facilities at Western University in London, Ontario where the abundance and detailed characterization of the collected organisms is documented.

May 29, 2018 saw the inagural launch of Western Space's HAB Initiative where the team designed and assembled a 2.4 kg payload carrying a suite of atmospheric sensors and cameras. Sadly the payload was lost due to a GPS error during the ascent phase of the flight. Fortunately, almost a year later, the payload was recovered on May 19 2019, remarkably enduring the elements and preserving the electronics housed inside. Footage of the entire flight and data from the sensors were successfully recovered. The team was lead by Matthew Svesson, Liam Innis, Alexis Pascual and Gavin Tolometti. Check out the grad cast interview here to learn more about the initative’s humble beginnings.